Get a free quote today! Insurance Navy is the right place for your auto insurance needs. We have plans to suit all types of drivers - whether you're in serious need of cheaper auto coverage or an SR-22, we are here with competitive rates and excellent coverage that will make sure you can drive worry-free on the road again. So if it's time for new car insurance because your current policy has lapsed, come see us at our office in Decatur IL where we also offer home insurance and other policies that can be tailored just for you. 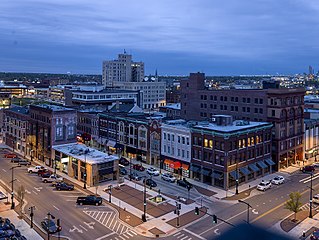 Insurance Navy is committed to providing the best service possible for our customers. We were receivers of the Better Business Bureau’s Complaint Free Award for our continuous efforts to make customers feel looked after like family. When you come in, we will ensure that your needs are met, as InsuranceNavy has one of the widest ranges of car insurance coverage found anywhere near Decatur IL!

Decatur Insurance You Can Trust

You can have the best car insurance, and you should. InsuranceNavy is here for you every step of the way - answering your questions and getting back in touch with you when anything changes. We're always ready to help! Because our coverage options are low-cost, perfect for any budget, and we have bilingual staff available 24/7 to answer all of your concerns or inquiries. Wait no longer and call us today.

A Look Into Decatur

The city carries quite a bit of fame, as it was President Abraham Lincoln’s first home, and for the first half of the 20th century, it was known as “The Soybean Capital of the World.” Today, there are still several things to do and unique sites to see including the Chevrolet Hall of Fame Museum, the Children’s Museum of Illinois, the Scovill Zoo, and Lake Decatur, to name a few.

The city is served by The Decatur Public Transit System (DPTS), which has 15 bus routes operating in the area and a downtown trolley route. Commercial flights are available out of the area at The Decatur Airport.