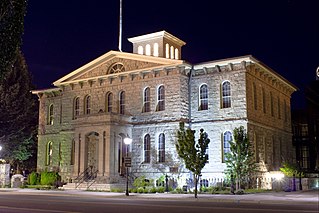 We'll handle the tedious details, so you don't have to by comparing several car insurance rates at once. We're only a phone call or an email away, and we're ready to serve our customers with professionalism and attention. We've been recognized by the Better Business Bureau for our excellent customer service in auto insurance, homeowners insurance, renters insurance, and SR22 insurance policies. When you have an insurance company that understands what it's doing and how to get stuff done correctly, you can anticipate personalized attention in order to great car insurance coverage with them.

In Carson City, our staff is accessible to assist you and your insurance needs. To sum up, we're glad to answer any questions you may have. Please do not hesitate to contact us right now since our top objective is to make a difference in your neighborhood by providing personalized attention.

A Look Into Carson City Nevada

Carson City is the capital of Nevada which borders California; doing so results in several Californian travelers stopping by. Carson City is home to several geographical sites like the Mexican Dam, the Carson Ranger District, C Hill, and so much more, including casinos and hotels. The city is also education-driven, with the School District being the largest employer in the area.

Carson City has a regional airport but is only 28 miles from the Reno-Tahoe International Airport for a more diverse range of commercial flights. No trains service Carson City, but there are plenty of buses like the local Jump Around Carson transit system. There is a weekday RTC bus service that runs to Reno.

Getting Carson City Car Insurance is Easy with Insurance Navy!

Car Insurance Quotes in Carson City NV are only a click away.