The best place to find the right policy for your needs is Insurance Navy, where we specialize in securing policies that are not only affordable but provide excellent coverage. Whether you have an old car or are looking into buying one soon- never fear! We've got the perfect plan that will cover all aspects of driving. We offer the best in auto insurance and SR-22, home, and motorcycle insurance. So, if you need car insurance today because yours has lapsed and is no longer valid, come see us at our office in Bloomington IL to get started with an option tailored just for you. 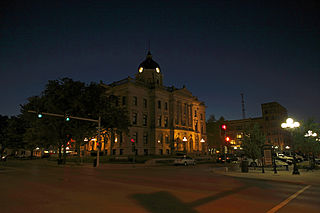 As a receiver of the Better Business Bureau Complaint-Free Award seal, InsuranceNavy is committed to providing the best service possible. When you come in for an insurance quote, we will make sure that your needs are met. We want our customers to feel confident when they choose InsuranceNavy because no matter what car insurance coverage they need, it can be found here at our Bloomington IL location.

Bloomington Insurance You Can Trust

Do you want the best car insurance? InsuranceNavy is here with you every step of the way. We're always ready to answer your questions or get back in touch should anything change.

Our low-cost coverage options are perfect for any budget and our bilingual staff has 24/7 service to answer all of your questions or concerns. So what are you waiting for? Call or visit us today to get started on this great opportunity.

A Look Into Bloomington

Bloomington is rooted in history with its connection to Abraham Lincoln and the time he spent in the area during his career, the historic homes, and the various museums. Along with the Bloomington Center for the Performing Arts, which hosts 500 performances and events yearly, Bloomington is also home to Illinois State University.

Commuters can use Amtrak train routes from Bloomington-Normal station. Connecting bus service to Peoria and Amtrak stations in Galesburg and Champaign/Urbana is offered at this station. Connect Transit provides a campus shuttle for ISU students called Redbird. Route 9 can be taken to reach The Central Illinois Regional Airport.