More people are picking Insurance Navy because it’s the best option for affordable auto insurance. We’ve become the fastest growing insurance agency in Illinois because of our hands-on approach and presence in the Chicagoland area. We help communities as west as Naperville and Schaumberg and north as Arlington Heights find the very best in low-cost auto, homeowners, renters, and SR22 insurance. 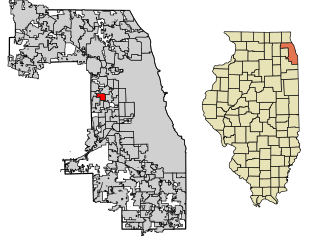 Our team of experienced and bilingual agents is ready to find the best auto or home insurance policy for you. Our award from the Better Business Bureau comes from our customer-orientated approach and competitive pricing. We compare the best options for our customers and worry about the math. All you need to do is say whether or not it fits in your budget. Our location in Bellwood is one such example.

Bellwood Insurance You Can Trust

Insurance Navy is proud to bring our customer-orientated practice to Bellwood. The hope has always been to make the process of receiving low-cost car insurance a universal practice across all communities. Oftentimes, carrying insurance for a car or business is mandatory, and following the law should never be expensive. Call us or visit our Bellwood location to learn more about auto rates in the area.

A Look Into Bellwood

The town of Bellwood hugs the Eisenhower Expressway for easy passage into the city. Rail transportation is also readily available via Union Pacific Railroad. Recently, they added a third track due to commuters’ demands. The school district of Bellwood comprises seven schools. Notably, NASA astronauts have been raised in Bellwood. At the same time, Bellwood is known for its slightly above-average insurance rates.

Bellwood is constantly serviced by Union Pacific’s Metra trains running to and from Chicago. This service has been increased with the addition of a third track.