Insurance Navy is here to provide you with the best options for affordable car insurance coverage and other insurance services to suit your needs. Proudly helping those all over the Chicago area since 2005, we are equipped with resourceful and adaptive agents with years of experience in the industry. These experts are here to help match you with the right policy for you. 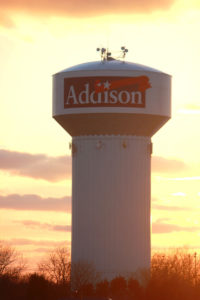 Beginning in 2005, our team made a promise. InsuranceNavy is committed to providing customers with assistance and education to ensure they receive the right coverage in all of their auto insurance needs. Some helpful facts that we are pleased to present you with include:

If you're in Addison and looking for a friendly, bilingual service associate to help save money on your insurance premium, then call us today. We can't wait to hear from you and will do everything in our power so that we may tailor the perfect solution just for you! When it comes to life’s more complicated moments, you can rely on us for the best rates.

Why Choose Insurance Navy in Addison?

The freedom of mobility is a need for many, making car insurance vital as it is required by law. Car insurance and protecting your vehicle are just two reasons why you should be insured, but there's so much more to it than that! InsuranceNavy can help answer any questions about what auto coverage means for yourself or the person in your life who wants an inexpensive way to protect themselves. InsuranceNavy is the perfect place for any motorist. They'll work with new drivers, experienced drivers, and those in need of SR-22s. No matter what your driving status or car age, they are there to help you get proper insurance.

Located roughly an hour outside of Chicago, the city of Addison is noted for its historic shopping district. It was first incorporated in 1884 and was home to the Addison Railroad Company, formed in 1890. While Addison is a quaint little town, it has a history and a unique shopping district that includes a top nail salon and piano shop. Visitors and locals can step back into the town’s past at the Addison Historical Museum and by visiting the Century House and St. Paul Lutheran Church. When it comes to traveling in and out of Addison, commuting by car tends to be the most popular option, finding it easier than using public transportation. Addison’s population is 36,896 as of 2019 according to the United States Census Bureau. Travel time for commuters going to work is estimated at 24.7 minutes.

Addison Police Department: The Addison Police Station is located at 3 Friendship Plaza, Addison, IL 60101 and can be reached at 630-543-3080 for non-emergency.

If you live in Addison, IL we will offer you exceptional coverage that meets your needs. To get your free quote, call InsuranceNavy today and speak to one of our bilingual services associates who will be happy to answer any questions you may have about insurance and how we can help.