What to Expect for a Second DUI Offense 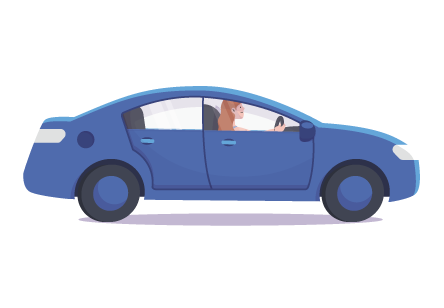 It’s no secret that getting a DUI comes with a large handful of consequences. But, getting a second DUI could have an even further negative impact.

Unfortunately, there are a number of criminal charges you could face for your second DUI. Not only do you have a higher chance of being convicted since you’re a repeat offender, but getting a second DUI is usually treated as a class A misdemeanor.

A lighter sentence could include either five days in jail or up to 240 hours of community service for your second DUI offense. As previously mentioned, though, second DUI offenders are not taken lightly by the state and penalties can be harsh.

Class A misdemeanors like a DUI carry a maximum jail sentence of 364 days, and you could be fined up to $2500 for this DUI offense.

There are also additional circumstances of your DUI or DWI offense that could impact the severity of your sentence. This is particularly true about your BAC at the time of your DUI arrest. If this level was .16 or higher, you’re legally required to serve time in jail for this DUI offense.

Your License Will Be Immediately Suspended after another DUI

As you might expect, being charged with a DUI for the second time will result in the suspension of your driver’s license. But, the immediate suspension that you experience is different than that license revocation that may occur after criminal charges have been filed for the second DUI.

To elaborate on the penalties, you will be legally barred from operating a motor vehicle after you are charged with your second DUI, something that’s known as an administrative driver’s license suspension.

It’s important to note that there is a small window of time in which you can appeal this administrative suspension after you’ve been charged with your second DUI. If you don’t complete this appeal in time, the suspension will automatically go into effect.

Other Possible Penalties for another DUI or DWI

In the event that you do experience an administrative license suspension, it will be for a 12-month duration. If you refused a breathalyzer test at the scene of your DUI or DWI, the suspension penalties will be extended to 36 months instead.

Due to the complications associated with a second DUI charge, you’ll need to look into obtaining SR22 insurance. This type of insurance is for drivers who are in your situation, and it’s required in order to prove that you have sufficient financial coverage.

Additionally, you’ll need to have it for approximately 2 to 5 years depending on the circumstances of your second DUI Offense.

What if I’m Falsely Accused of a Second DUI?

Unfortunately, law enforcement isn’t perfect when it comes to DUI’s. This means that it’s not impossible for you to be falsely accused of driving while intoxicated or DWI.

For instance, the breathalyzer equipment that the officer used to measure your BAC could be improperly calibrated at the time of your second DUI arrest. This could easily produce skewed results that falsely declare that your BAC is over the legal limit and give you a DUI or DWI.

Similarly, the officer may conclude that you did not sufficiently pass the field sobriety test despite following all of the given instructions. Put simply, there’s no shortage of factors that could put your freedom in jeopardy from a second DUI.

What Other Concerns Are There for a 2nd DUI?

As if the situation weren’t complicated enough, there are other concerns that you need to be aware of for your second DUI Offense. One of the most important is whether or not the officer had probable cause before they pulled you over.

Many police officers targets cars that are on the road late at night, as this is typically the time when people are driving home from bars, parties, etc. However, the officer will also need a sufficient reason to stop you in the first place.

Common criteria include having a taillight out, speeding, or driving erratically.

If you exhibited normal driving behavior, however, this could nullify any evidence of wrongdoing that the law enforcement officer discovers. For this reason, it is imperative that you’re always prepared to defend yourself in case you’re pulled over without probable cause.

A typical scenario could involve an officer claiming you were drifting back and forth between lanes before he pulled you over. If you had recently stopped at a gas station, however, and security footage illustrates that you weren’t acting out of the ordinary, you could potentially defend against this argument.

This could be further facilitated by consulting traffic camera footage shortly before your arrest for your second DUI.

What Should I Do After I’ve Been Charged with a Second DUI?

Regardless of the circumstances in which you are pulled over, you still may end up being charged with a DUI. Since a second DUI offense is a serious concern, it’s imperative that you take the appropriate action.

Getting in touch with a highly-qualified legal professional will give you the greatest chance of executing a proper DUI defense in court. These professionals are well-versed in state DUI and DWI laws and have plenty of experience in dealing with situations just like yours.

When searching for a DUI attorney, be sure that you research their reputation online. It’s best to avoid DUI law firms with negative reviews, and firms with no client feedback at all could be a risky choice. This will allow you to make the best decision for the legal defense of your second DUI offense.

The above information will make the process far smoother after getting your second DUI, however. From here, you’ll be able to ensure that you navigate your DUI second offense effectively and avoid complications in the future.

Want to learn more about what we have to offer to get you insured after a second DUI? Feel free to reach out to us today and see how we can help. Read more about DUI Consequences and how to avoid them.