The 25 Coolest Vintage Cars of All Time

When the word vintage is applied to cars, it means that the car was built between 1925 to 1948. However, most of the cars we’ll be looking at in this post are from the 60s and 70s, with some even made in the late 50s. These can be loosely defined as classic cars. However, with the passing of time, more things can be considered classic and vintage. It’s unlikely you will find a car over a century old, so let’s look at some of the coolest cars in the post-war era. 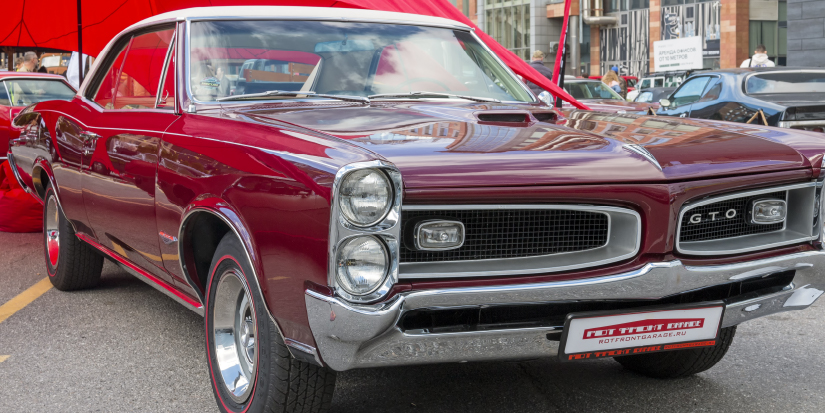 The Pontiac GTO hit the scene as one of the first muscle car models on the market inspired by the Ferrari 250 GTO. To this day, the GTO remains one of the fastest cars from Pontiac’s catalog. 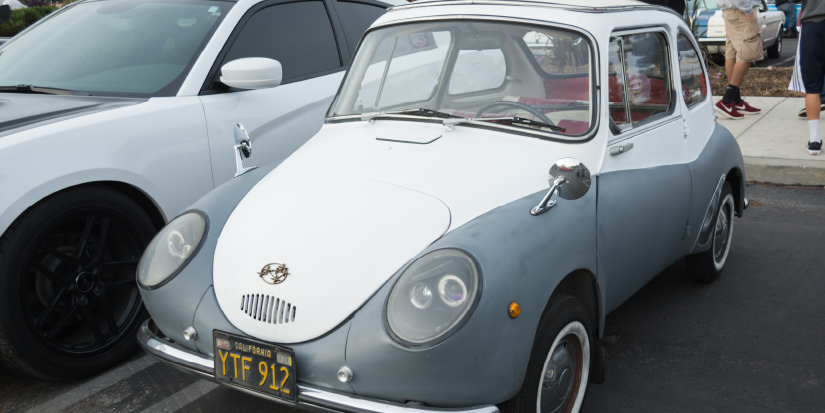 It’s also known as the Japanese Beetle due to its resemblance to the Volkswagen Bug. The 360 was affectionately called the ladybug in Japan. The 1966 model was especially popular with international markets. It’s an Asian spin on European auto engineering. 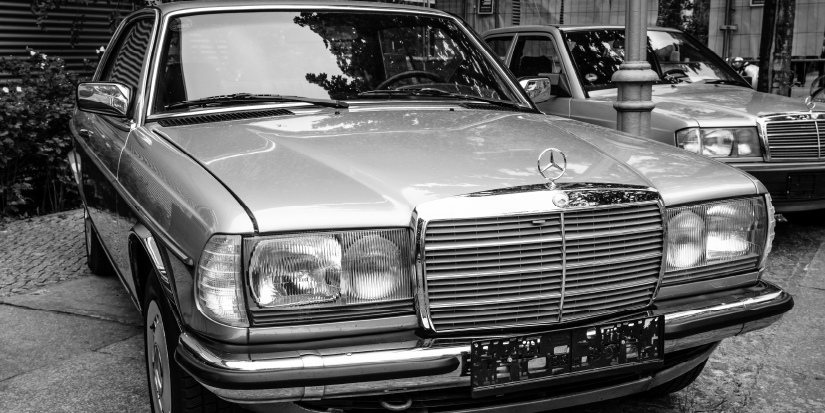 The W123 is still reliably used in parts of Africa and Middle Eastern countries. Mercedes-Benz is known for its high-performance vehicles that feel like driving a cloud. The car body, metallic finishes, and interior are a combination of luxury. 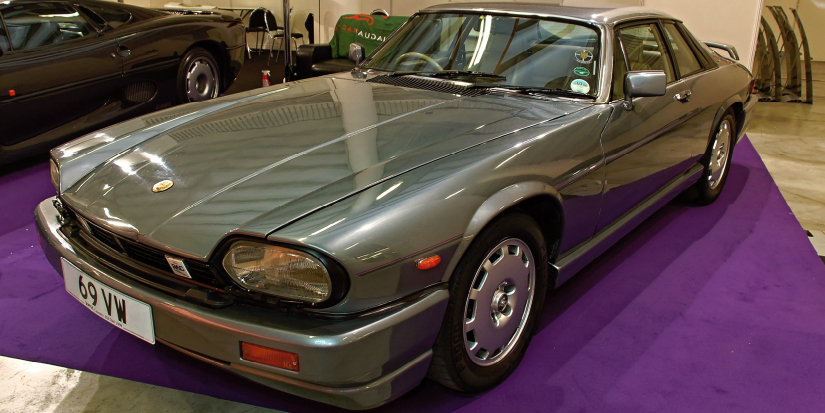 In 1989, Jaguar updated the design of their XJS with a V12 engine. Since then, the XJS has remained the most popular car that Jaguar has to offer, and newer models have been updated with electric vehicle technology. The 89’ make remains a landmark model for the design. 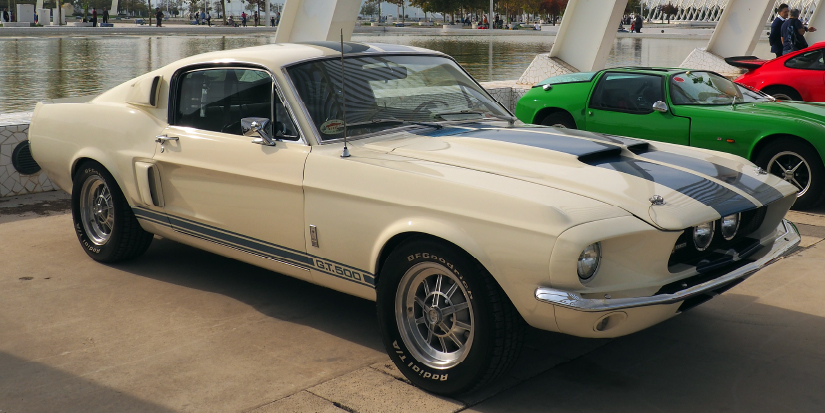 Ford introduced the Mustang in 1965, and since then, the car has been synonymous with sports and showroom cars. The Shelby GT 500 introduced the iconic grille, bigger nose, more tail lamps, and a V-8 engine. Mustangs get more powerful with each make and model, but there’s nothing like the original. 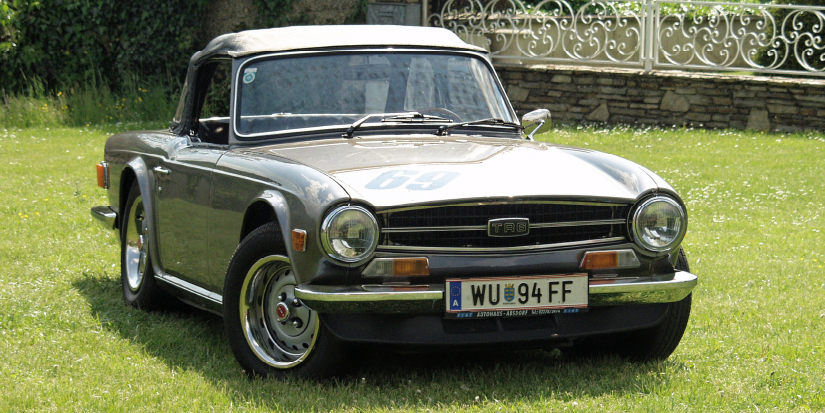 Triumph is a British automaker, and its TR6 has been far more successful in the United States than it was in the United Kingdom. Stats show that thousands went unsold when it was introduced. Despite this, people still think of the Union Jack when they see this classic car. 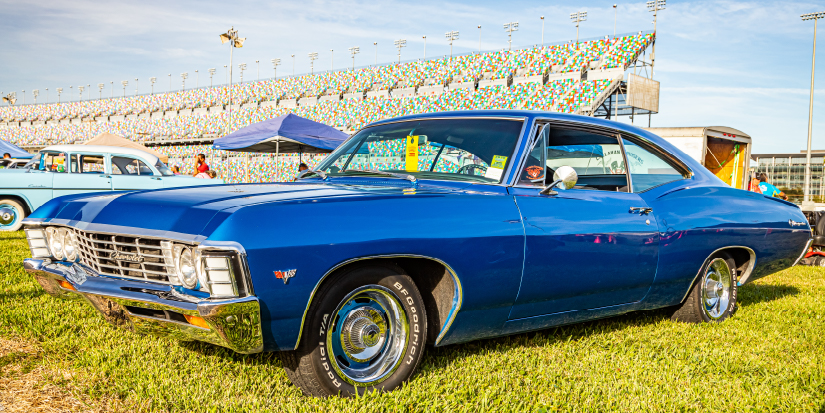 Supernatural fans will know this one as Dean’s car. The Impala has also grown into one of the most commonly purchased cars on the market, but it had its roots as a classic car. Everyone remembers how the Chevy Impala began as a retro Coca-Cola-style automobile with a V8 engine. 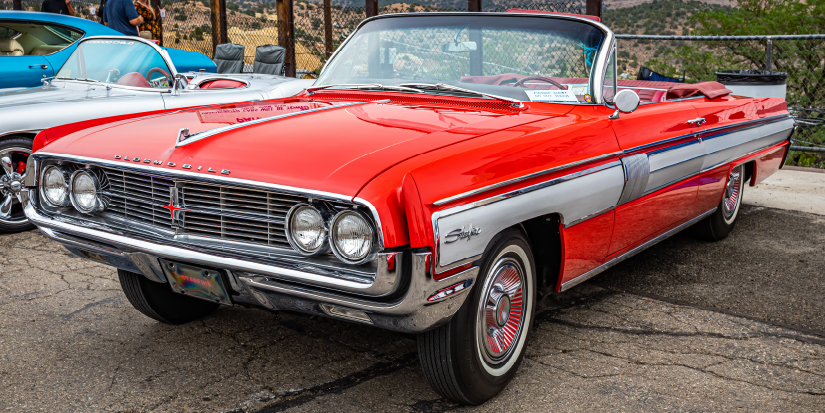 No showroom is complete without a vintage General Motors Oldsmobile with a convertible roof. This was also the first car to incorporate a turbocharged engine with the Rocket V8. This rich history is traced back to 1962’s Starfire, which introduced the Oldsmobile to consumers. 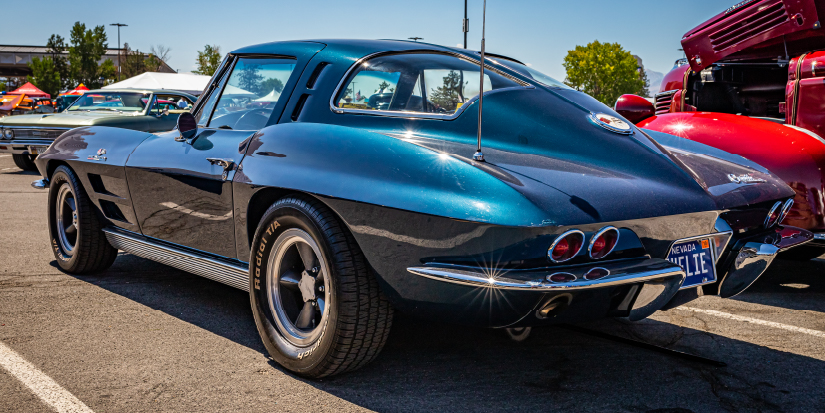 The Transformer Crosshairs would not have his modern vehicle form if it weren’t for Corvette’s Sting Ray. The original model was released in 1963 and is one of the most valuable classic cars. The Sting Ray also helped Corvette with making the jump to more sleek and easy-to-handle designs. 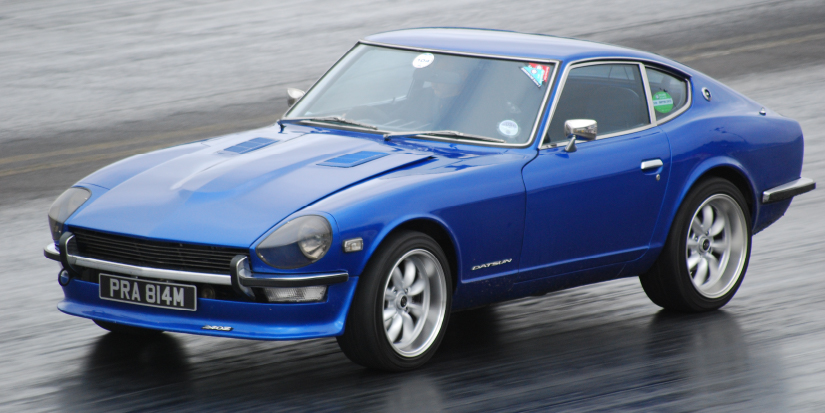 The Datsun, or N30, was Nissan’s first and successful attempt at designing a two-seated Z GT inspired by American cars built for speed. It’s yet another Eastern spin on Western design that is still treasured. 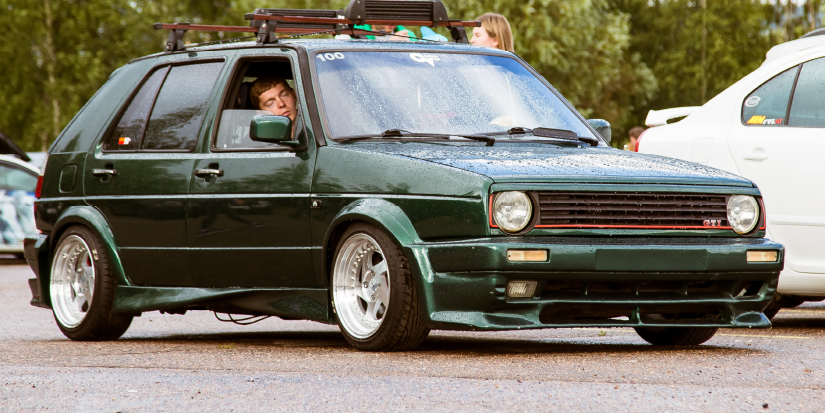 The old Volkswagen GTI commercials often featured the cars making jumps over dunes and ramps, highlighting how compact and lightweight it is. The best part was that it was affordable and great for families. MK1 and MK2 models were particularly favored. 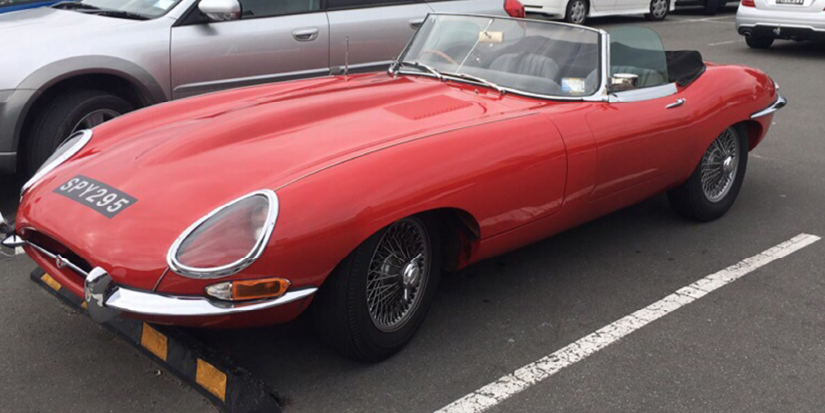 Glass-covered headlights are just one of many unique details that make the Jaguar E-Type so known in the automobile world. This European automaker has integrated itself into the American market as it took off around the world. 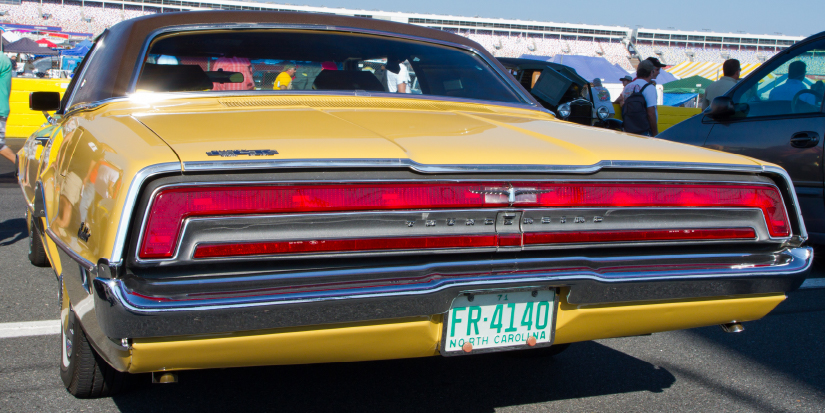 Another car from classic TV and movies is the Thunderbird from Ford. The 1971 model was known for its more angular appearance with a beak-like grill. The Thunderbird wasn’t advertised as a sports car but rather a personal one that prioritizes comfort and utility. 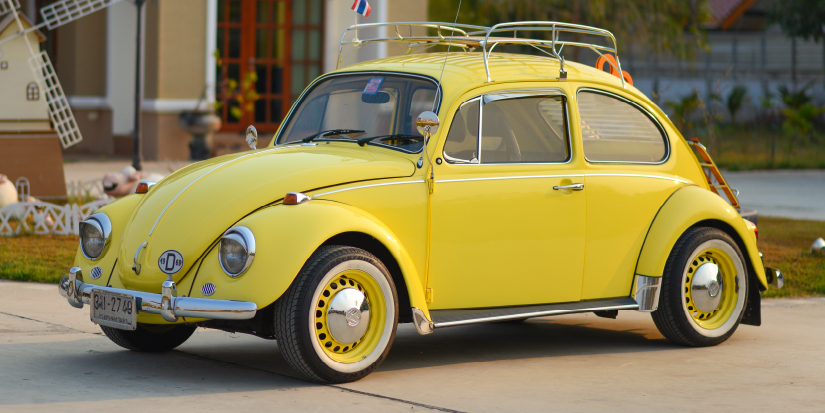 When Germany was defeated in WWII, their concept of a family car was too good for the British not to build on. Postwar West Germany began regularly producing them in the 50s until they swept the American market in the following decade. There’s a certain charm to driving around a classic bug, as they are called. 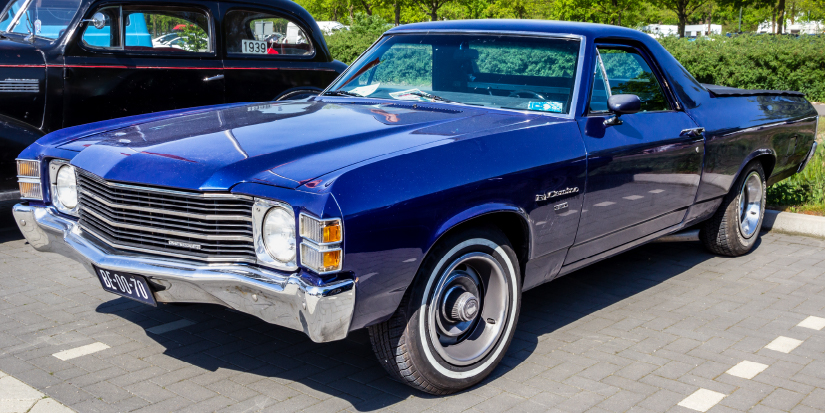 Put a station wagon and a pickup truck together, and you have the El Camino. This car-truck hybrid was the most owned for nearly 40 years. The 1970 SS make was known for its 450 horsepower engine and a torque of 500 pound-feet. 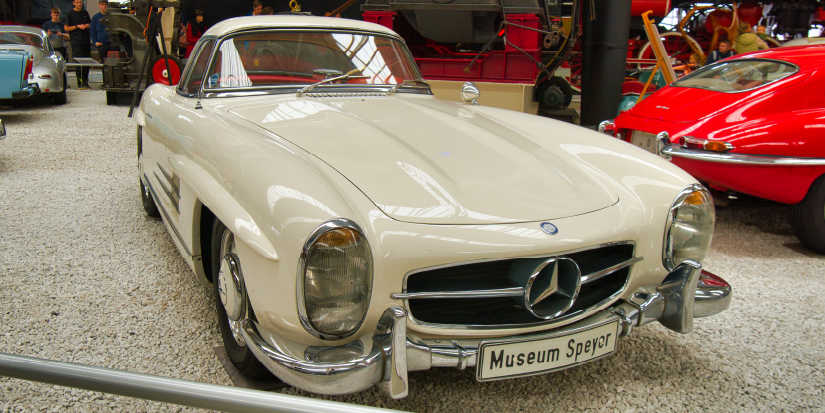 In the 50s, gull-wing doors that opened vertically were a relatively new thing. So was fuel injection, which made the 300SL one of the fastest cars on Mercedes’ line at the time. This car is often looked at as the starting point for several vehicle features we have today.

Thanks to The Dukes of Hazzard, the Dodge Charger holds a special place in several people’s hearts, with some regarding it as the foremost American sports car. The 1969 make was known for a 383 engine that came in either two or four-barrel options. 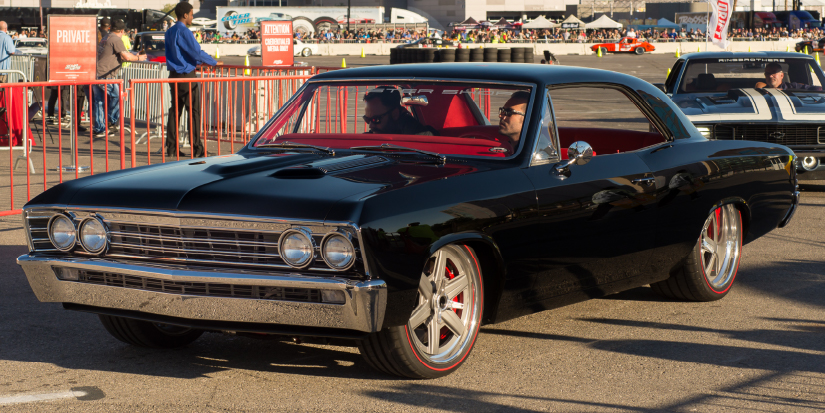 The Camaro’s design and interior were inspired by race cars and came in convertible models too. The car saw huge popularity in the 70s and a modern resurgence as the Transformer Bumblebee. Its rivalry with the Ford Mustang was showcased as he would fight the Decepticon Barricade, which turned into one. 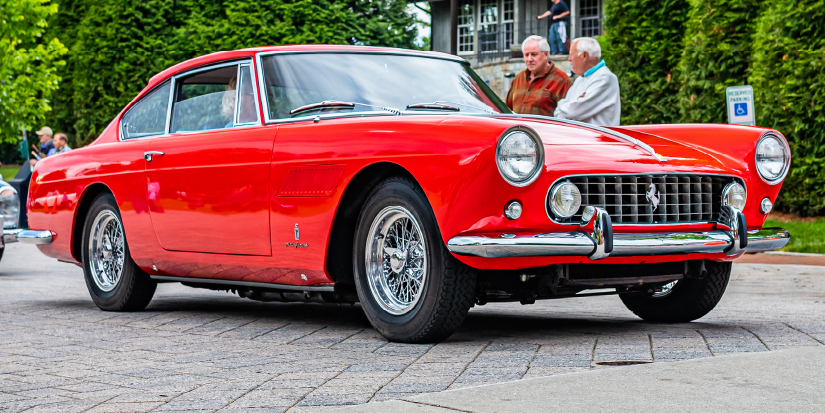 Not all of Ferrari’s cars are pricey super vehicles. They produced some modest but luxurious cars meant for commuting to and from work. The 250 GTE was one such car with four doors and plenty of backseat space, all the while still maintaining the style of a sports vehicle. 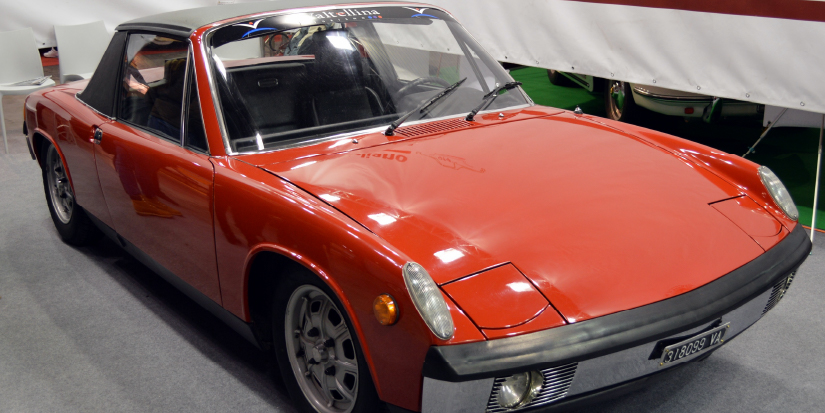 Volkswagen and Porsche came together to create the 914, which would become the car of the year in 1970. The targa-top fashion became synonymous with the car and rear mid-engine layout. The 914 is a testament to what happens when two automakers put their heads together. 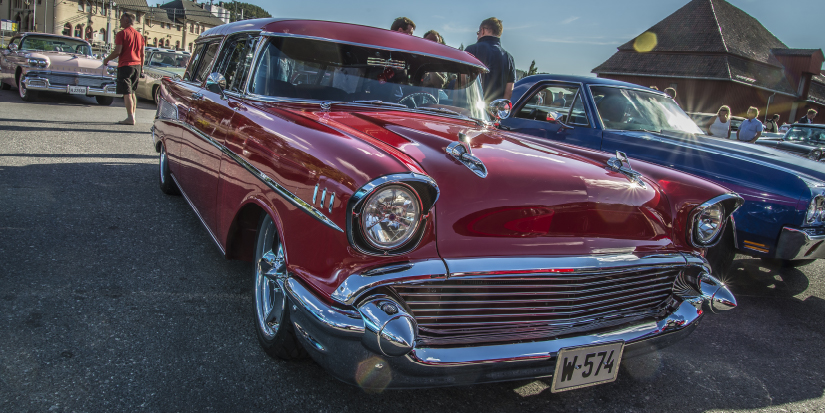 Chevrolet combined the designs of a station wagon and sedan. The body more so resembles a sedan, but the car has all the functionality of a station wagon. Despite the potentially lucrative product, it was discontinued after three years, making it a great collector’s car. 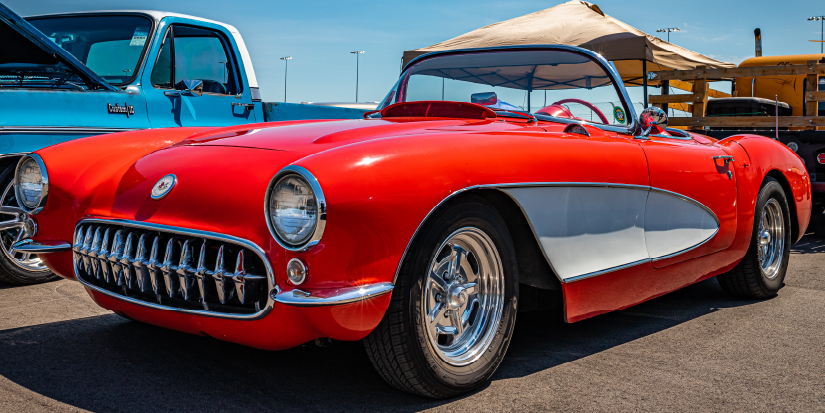 Another showroom essential is Chevrolet’s Corvette. The 1957 model is seen as a landmark in the automotive industry and a marvel of engineering with its high-powered engine. 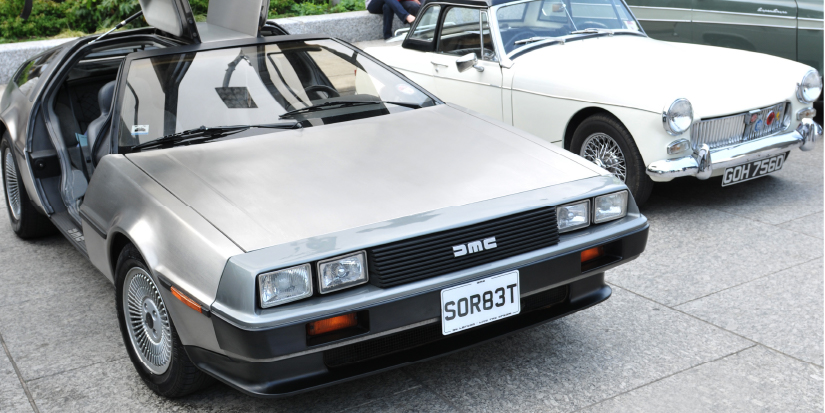 Doc Brown’s time machine itself. Movie and car aficionados spend hours looking at the DeLorean. You can only imagine the hours they’d spend driving one. DeLoreans are rare, with less than 10,000 estimated to exist today. Those lucky enough to have a DeLorean often dress it up to look like the time machine. 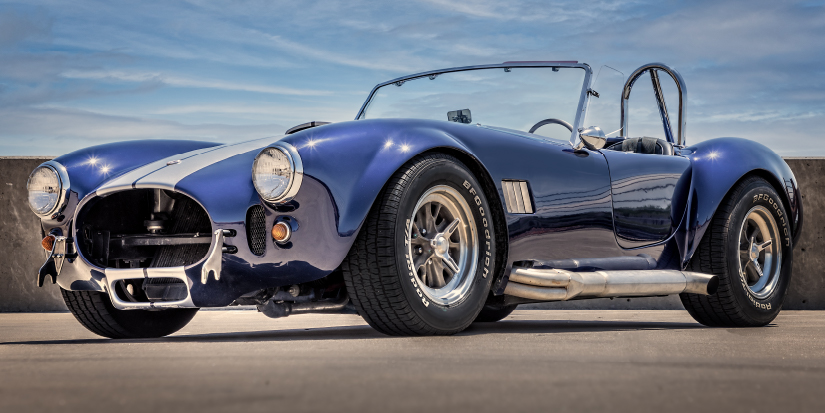 A museum-quality car is the Shelby 437 Cobra, selling for millions of dollars -the most valuable car from the American market. It was a record-breaking sports car with 800 horsepower and designed by racer Carroll Shelby. Take pictures of this one if you see it at an auto show. 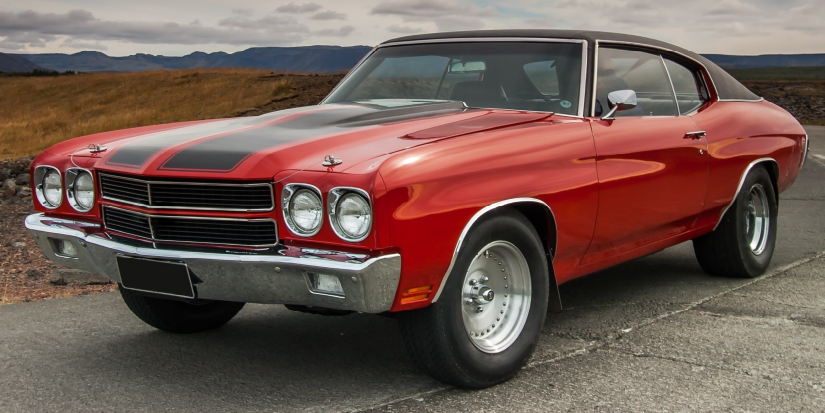 Chevrolet produced the Chevelle from 1964 to 1978. It came in several bodies, including coupes, convertibles, and station wagons. The 1970 model was known for introducing the Monte Carlo body. It’s history like that that makes the Chevelle a collectible car, along with no longer being in production.

If you’re shopping for auto insurance, your search ends with Insurance Navy. We work to pair drives with the best insurance that meets their needs. Call us today at 888-949-6289 to get a free car insurance quote, or stop in at one of our many locations to get started. Don’t have time to speak with a representative? Quotes are also available through our website and mobile app.