Does Not Wearing a Seat Belt Raise Your Car Insurance Rates? 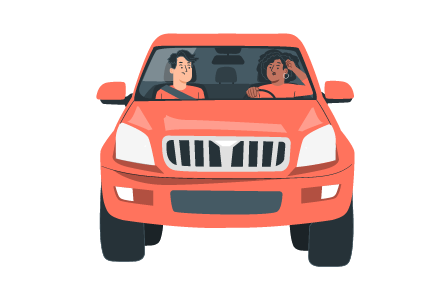 What is The Consensus About Wearing a Seatbelt?

Seatbelt laws vary from state to state, as previously mentioned. While seatbelts are encouraged wherever you go, a handful of states actively enforce them. Some define not wearing a seatbelt while driving as a moving violation which does result in a ticket being written. Other states look at not wearing a seatbelt as a non-moving violation that doesn’t show up on your driving record. States base their seatbelt laws on who is seated in the car and their age. For example, Illinois requires all drivers and passengers of at least 16 years to wear seatbelts, while Wisconsin requires all passengers at least eight years old to wear a seatbelt regardless of where they sit in the car. As a general rule of thumb, every state requires drivers to wear a seatbelt except New Hampshire. Penalties for seatbelt tickets range from fines to traffic court dates, the severity of which depends on the state as well.

How Can You Handle a Seatbelt Ticket?

It’s possible that your insurance will be affected by a seatbelt ticket. A seatbelt violation is considered a minor infraction. Because of this, the ticket will not have a significant influence on auto insurance premiums, as previously mentioned. So, the only thing you have to worry about is resolving the ticket for not wearing a seatbelt.

You can do this in an orderly manner by:

How Long do Seatbelt Tickets Stay on Your Driving Record?

If you live in such states as California, where not wearing a seatbelt is a moving violation, a seatbelt ticket can make its way onto your driving record. Typically, it will remain on your record for up to three years. All you can do from there is practice safe driving and stay violation-free in order to avoid any more changes in your car insurance rates.

Can Passengers be Given a Seatbelt Ticket For Not Wearing One?

This varies from state to state, as previously said. In certain states, the driver is legally responsible for all of the passengers. In other states, passengers over the age of 18 are responsible for themselves. If a passenger is ticketed and the driver isn’t, then it won’t go on the driver’s record. In certain situations, the passenger may be fined, and his license may be suspended. In these cases, auto insurance rates are likely to rise. Furthermore, whether you live in Canada or anyplace else, any passengers under the age of 18 are ultimately the responsibility of the driver.

Car insurance is required by law, but that doesn’t mean you have to break the bank for good coverage. Insurance Navy helps drivers get affordable insurance with high-quality coverage. Get your free car insurance quote online with Insurance Navy today. Assistance is also just one phone call away at 888-949-6289. Quotes are available in just a few steps. Get covered today and drive worry-free tomorrow.