Reasons You Would Get Pulled Over and Given a Ticket 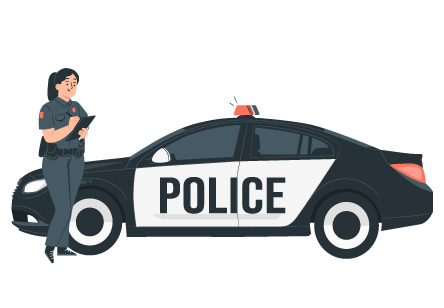 Sometimes even the littlest things like changing lanes without using a turn signal are enough for a police officer to flag you down for a ticket. While this may not seem major, it is for your auto insurance provider because they will increase your rates. This post focuses on those pesky habits drivers tend to fall into, which can get them pulled over.

Running Over The Speed Limit

Everyone drives five to ten over the speed limit, but when it’s over 20, that’s when it becomes harmful. It never looks good, nor is it safe to drive, for example, 50 in a 35. It helps to stay at a maximum of five within the speed limit to avoid getting pulled over. Insurance companies tend to place higher premiums on high-speed cars at the same time.

Focused on Something Else

Some states and cities actually have laws in place to prevent distracted drivers. Some officers will pull over drivers with their phones out due to their usage behind the wheel being illegal. Distracted driving can also lead to sporadic driving maneuvers, which police will find dangerous and suspicious.

Some features aren’t allowed on vehicles, such as tinted windows. Visible damage, especially with significant headlights, will cause you to be pulled over. Usually, you’ll be encouraged and obliged to get them fixed, but not doing so can result in a ticket.

Every driver should be in the habit of using their blinkers. Not only that, but dangerous point-blank lane changes in front of other drivers are grounds for a police officer to intervene. Inversely, tailgating too close behind a car can cause you to get a traffic warning or ticket. At the end of the day, avoiding tickets come down to making sensible and safe driving decisions.

Car insurance is required by law, but that doesn’t mean you have to break the bank for good coverage. Insurance Navy helps drivers get affordable insurance with high-quality coverage. Get a cheap car insurance quote online with Insurance Navy today. Assistance is also just one phone call away at 888-949-6289. Quotes are available in just a few steps. Get covered today and drive worry-free tomorrow.