Out of State Speeding Tickets and Your License 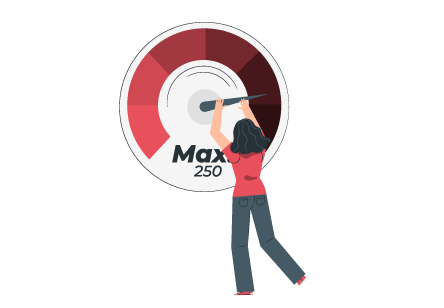 If you get a speeding ticket in another state, many people believe it won’t appear on your home state’s driving record. That idea, however, is incorrect. Being stopped for speeding in a different state is comparable to being pulled over in your own state. You’ll also face fines for breaking the law, along with any effects to your car insurance rates it might entail.

There are interstate agreements that include what is known as License Compact and Violator Compact. This means that the different states' DMVs are able to contact each other with information regarding their drivers. This includes any violations or driving privilege suspensions. So, it doesn’t matter which state the offense was committed to. It will follow the driver wherever they go because the DMVs will be in the loop.

The National Highway Traffic Safety Administration keeps track of all drivers in the country, as well as their driving records. The NDR is a database of information about drivers whose licenses have been revoked or suspended, as well as those who have been convicted of severe traffic infractions such as driving while intoxicated. NDR receives the names of individuals who have had their driving privileges revoked or convicted of a major traffic offense from motor vehicle authorities throughout the United States. When a driver’s license is renewed, the state DMV searches his or her NDR file to ensure he or she has not been reported as an unsafe motorist owes any outstanding fine in another state. If the NDR determines him or her to be a recurrent offender, his or her driver’s license may be revoked.

Keep you and your car protected with affordable car insurance from Insurance Navy. Get a cheap car insurance quote online in just minutes. Or we’re just one call away at 888-949-6289.