What Are The Most Fuel Efficient Cars Out There? 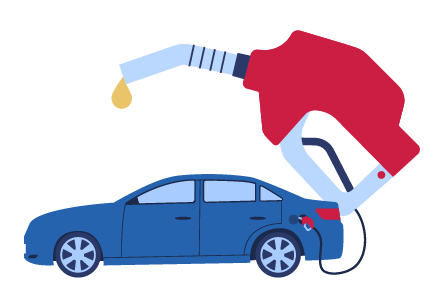 Another economy that you don’t want to end up crashing your car’s fuel economy. The fuel-efficient car market is one that we would like to see saturated because there are a selected few makes and models that rise above in the industry as the most fuel-efficient cars. Regardless if they are brand-spanking-new or found on a used lot, these cars’ superb fuel and transition systems still live up to the hype today.

What Makes a Car Fuel-Efficient?

There are several words for fuel-efficient –environmentally friendly, green, miles per gallon. They all refer to how much a car can go before its fuel runs out. Automakers make their cars more fuel-efficient by experimenting with engine consumption and hybrid models. Electric cars have taken off but still need to work their way into the mainstream. For the sake of simplicity, we look at some of the most fuel-efficient cars that take gas in some form.

What Are The Most Fuel Efficient Cars?

You’ll be happy to know that fuel efficiency isn’t limited to just one type of car. While we will include some of the small cars like the Prius, we also look at the most fuel-efficient vans and trucks. Even a vehicle with a diesel engine that is fuel-efficient.

Let’s take a look at the most fuel-efficient cars in the vehicle market.

Smart is an automobile venture with Mercedes attached to it. This car is one of the smallest cars on the world vehicle market. With 33 miles per gallon, the Smart Fortwo is a vehicle best suited for city driving.

Despite its name, the Fortwo is not an electronically powered smart vehicle and is entirely gas-fueled. This vehicle is more commonly found preowned considering that the Smart Fortwo was pulled from the United States in 2019.

The most commonly bought hybrid vehicle is Toyota’s Prius. Specifically, let’s look at the models from 2004 and 2012 because they broke a lot of ground for Toyota.

The 2004 Toyota Prius model set the fuel-economy standard for what the Toyota Prius would be. Its gas and electric capabilities have been praised and built upon for the years to come. The older Toyota Prius models boasted a combined mpg of 44. Since then, it has increased to 50.

This fuel-efficient car comes with an automatic transmission and an incredible mile-per-gallon rating of 99. The Nissan Leaf is also a hybrid model with an 80-kilowatt electric motor and a 24-kilowatt lithium pack. This provides a range of over 60 miles. This vehicle is one of the most fuel-efficient cars on our list.

This subcompact car has high safety ratings, and its design helps minimize damage in a car accident. Its 122 horse-power engine can accelerate to 60 mph in five seconds. Its six-speed transmission is manual. While all these features are great, the Honda CR-Z has a fuel economy similar to the Smart Fortwo with 34 mpg.

Particularly the 2012 Ford Escape model is the most fuel-efficient car of its kind. This SUV was specially designed to be a hybrid car with a combined mpg of 32. For an SUV, the Ford Escape is a really good fuel economy vehicle. Families could seat up to five people with fewer trips to the gas station.

This diesel pickup boasts a good fuel economy of 24 mpg and a manual transmission with five speeds. Its 20-gallon fuel capacity can travel around 430 miles before running out. The Ford Ranger 2WD can also be found for asking prices similar to the Volkswagen Jetta TDI –not bad for a pickup.

Ford also created a fuel-efficient minivan with the Ford Transit Connect. This compact panel van gets 23 mpg and can seat up to 12 passengers. For a vehicle of that size, that’s a really good fuel economy. Its four-speed transmission is automatic.

Ford knocks it out of the park again with fuel-efficient vans with the Ford Econoline. The 2008 Ford Econoline model, in particular, was a big game-changer for this 13 mpg cargo van. The Ford Econoline is much bigger than the Transit Connect and has multiple engine options.

For more luxurious fuel-efficient cars, there is the CT 200h by Lexus. This hatchback offers great highway handling. With 41 mpg and 95g of emissions, drivers looking for a luxurious driving experience while saving on fuel turn to the CT 200h.

If you’re looking for affordable car insurance coverage, Insurance Navy can help. Give us a call at 888-949-6289 for a free auto insurance quote.

Quotes are also available via our website and mobile app. Get your car insured today and drive worry-free tomorrow.