Because it's the most cost-effective auto insurance, more individuals are opting for Insurance Navy. Because of our hands-on approach and presence in the Chicago region, we've grown to be the third-fastest growing insurance firm in Illinois. What makes us stand out is that we provide the finest low-cost auto insurance, homeowners, renters, and SR-22 policies. That service comes to your neighborhood on the West Coast. 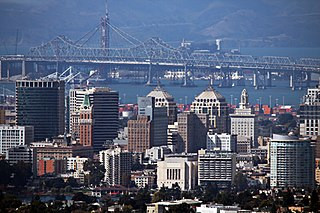 We provide you with comprehensive insurance advice and work with you every step of the way to help you choose the finest auto or house insurance coverage for your requirements. The Better Business Bureau's seal of approval is based on our client-centric approach and low pricing. We compare the greatest alternatives for our customers, concentrating on numbers. Simply state whether or not it meets your budget. Even if we don't have a store in Oakland, we do have an internet presence.

Oakland Insurance You Can Trust

The expansion of Insurance Navy's customer-first mentality to Oakland will save drivers across the bridge from San Francisco. The goal has always been to provide every person in each neighborhood access to low-cost automobile insurance as a routine procedure. With some help from our agents, you can easily become an expert on your own insurance in an all-around accessible environment.

A Look Into Oakland

Just across the Bay Bridge from San Francisco sits the largest city in Alameda County and West Port of the United States -Oakland. Several industries set up their headquarters here, along with an undeniable art scene. Oakland is sometimes referred to as America’s Most Hipster City with the most theaters, museums, and venues than most. Even though major sports teams like the Raiders and Warriors relocated, Oakland still draws in the crowds.

Oakland is near three major airports -the San Francisco International, the Oakland International, and the San Jose International. Rail commuting companies include Amtrak, Santa Fe, and Western Pacific. Oakland has its own local train system with the Bay Area Rapid Transit system with eight stations all around the area. Bus companies that run through Oakland include Greyhound, BoltBus, Megabus, USAsia, and Hoang. Of course, whenever you’re in the bay area, you’ll want to check out the ferries.