As women, we deserve to have our history reflected on just as much as the men of history. Let’s face it, women were the backbone of American society during World War II, we have the right to vote today because of Lucretia Mott and Elizabeth Cady Stanton who began the hosting of Seneca Falls Convention, which was the first convention to delegate women’s rights. The first convention was held in 1848, and on the first day of the convention, with only three hundred in attendance, only women were allowed to enter. On the second day, the women were a little more lenient and allowed men to come, just as long as they weren’t against women’s rights.

Today, we want to highlight the classiest, most compassionate woman in honor of Women’s History Month, Princess Diana of Wales.

Princess Diana was Princess of Wales and was a member of the British royal family. She was married to Prince Charles and they had two children together, Prince William, Duke of Cambridge, and Prince Harry, Duke of Sussex. Unfortunately, as of February 2021, Prince Harry has since stepped down from his royal family. Princess Diana of Wales passed on August 31, 1997, from injuries sustained in a horrific car crash in Paris, France.

Today, she is remembered as the “People’s Princess” because of her harbored compassion to serve others through global humanitarian efforts, and due to her widespread popularity as well. She is well known for serving and caring for those in African nations with high AIDS rates.

Princess Diana’s breath of life began on July1, 1961. She was the daughter of Edward John Spencer, Viscount Althorp, and Frances Ruth Burke Roche, Viscountess Althorp, who is later noted as the Honorable Frances Shand Kydd.

Diana’s education consisted of at home learning, and most of it done at Riddlesworth Hall School and then later, West Heath School. Although she was known for being shy growing up, she began to show a keen interest in music and dancing. Later on, she became Lady Diana Spencer after her father inherited the title of Earl Spencer in 1975.

Diana showed a great fondness for children, and so after finishing up her school at Institut Alpin Videmanette in Switzerland, she moved to London. Upon moving, she began to work with children and eventually became an assistant at Young England Kindergarten.

Her Courtship and Marriage and Children

The middle to the end of her life is quite dark, so keep on reading to find out more, and then find out what type of insurance the British Royal Family has. Diana began to date Prince Charles in 1977. Prince Charles was older by 13 years.

Charles was normally the subject of media attention, and this courtship was truly no exception to the rule. An odd couple, the media was indeed obsessed, especially onlookers of the public eye peeked in 24/7.

They married in July of 1981, and soon after they had their two sons, two years apart. After an affair, and other rumors and speculations of the couple, they divorced in August of 1996. One year later, Diana died in a tragic accident that was caused from an onslaught of cars filled with paparazzi chasing her through a tunnel.

What Kind Of Insurance Does The Royal Family Have?

Photo courtesy of The Royal Family.

The royal does not necessarily have insurance. Instead, they have sources of funding that they use from garnered taxes to help with their palace’s utilities, upkeep, and the wellbeing of its inhabitants. Believe it or not, the royal family publishes a financial report of everything they used the money for.

Since 1763, when George III reached an agreement with the government for the Crown Estate, which would split the cost of things for the royal family and the government. The land is managed by the government and surplus revenue is placed in the treasury. In turn, the king would receive a fixed annual payment. As of March 2012, it’s now called a Civil List.

At Insurance Navy, we strive to give you the best rates in auto insurance and other services like home insurance. Contact us today for a free quote on the best policies. We offer the best rates for everyone, especially for women. 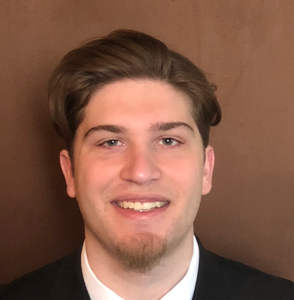