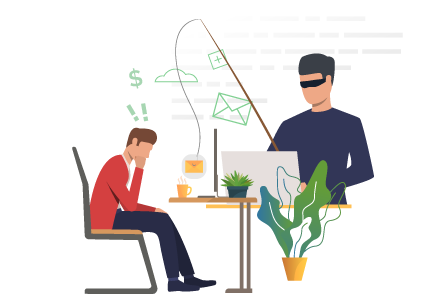 Auto insurers lose billions in scams and fraud each year. There are people who realize that if they are injured or have their car damaged by another driver, they are entitled to the other driver’s insurance for damage and injury coverage. They illegally take advantage of this by staging accidents in order to make it look like another driver is at fault and must provide their insurance payout, which can be thousands of dollars. This can also affect you as the supposed at-fault driver resulting in increased insurance rates. Worst still, there may be a mark on your driving history at the DMV for the accident. According to statistics, there are a number of insurance frauds on the market today that have become increasingly widespread. Recognizing what to look for can help you identify a possible scam situation before it’s too late will be covered in this post.

This is a common staged accident scammers use wherein they cut in front of you then abruptly stop, giving you no reaction time to avoid them. The scammer will also fake injuries in order to increase the payout. If the damage isn’t too great or you lightly hit them rather than smash into them, you may tell it’s a scam.

In this example, the fraudsters would overstate the actual amount of damage in their final claim by a large margin. Use your phone to snap as many photographs as you can to support your case.

A scam driver has stationed someone close by the planned accident scene to act as a witness to the choreographed accident. You’ll need to have someone else on your case to counteract this.

Wherein you are waved into traffic by another driver who then hits you. They may have a false witness or use other tactics to make it convincing.

The con person usually hangs back until the car in front of them has completed a left turn before speeding up to block them. As the vehicle making a left turn collides with the scammer’s automobile, it appears as if you were struck by another motorist.

If you believe that you’ve been a victim of car insurance fraud, go to the police immediately after the collision. Make a list of the car’s features, including color and make/model, as it may not even be their real car. Obtain the rest of the driver’s information, including name, address, phone number, as well as their driver’s license and insurance policy number. Take a lot of photographs of both your vehicle and theirs after the collision. A scammer will also be anxious when confronted with this. Guard yourself against fraud with as much evidence and documentation as possible.

It shouldn’t take a collision for you to realize how vital car insurance can be. You never want to be caught driving without it. Reach out to Insurance Navy today to see how cheap your auto insurance rates could be. Call us today at 888-949-6289 or visit us online for your free car insurance quote. We make sure you get low-cost insurance with high-quality coverage.