Buying Car Insurance After a DUI 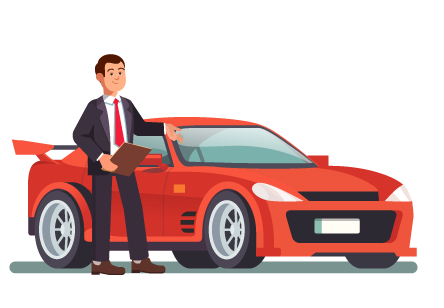 A DUI is a major traffic violation, but it’s also, it’s a preventable one. Not getting behind the wheel while you’re intoxicated can save you a lot of trouble with the law, your DMV, and even insurance companies. This post focuses on the relationship between DUIs and insurance and how to find affordable rates as a high-risk driver.

Getting Charged With a DUI

Getting charged with a DUI is a different thing than being found guilty of a DUI. A charge means that you have been alleged to be driving under the influence and need to go to court for it. Nothing is on your record at this point. Being found guilty means that you are convicted of the violation. Your auto insurance may not reflect this until it has to be renewed.

Being a Convicted Driver

If your existing insurance coverage expires and you are convicted of DUI, your insurer may not renew your policy. If they decide not to renew, the rates may be so high that if you tried to purchase another from the same firm, you would be unable to do so. The good news is that there are auto insurers who know that a number of drivers are in this predicament, so they specialize in insurance for high-risk drivers with marks on their records. Many states require that these drivers also carry what is known as an SR22 to show that they carry their auto insurance. Again, there are insurance providers that specialize in SR22 certifications for such drivers. The best providers for SR22 insurance are independent, local firms rather than large corporate ones.

Additional Coverage After a DUI

It’s time to think about whether you can afford the optional coverages that you are not required once you’ve determined what your DUI surcharge will be. Consider declining insurance coverage such as rental reimbursements, towing reimbursements, medical payments, and uninsured motorist coverage to protect yourself financially. Uninsured motorist insurance will cover your injuries if you are hit and injured by a driver who does not have insurance. Given the high vehicle accident rates in the United States, it’s critical to understand that at least one out of every six drivers does not have automobile insurance (which is illegal) and that many who do have coverage only obtain small protection.

Looking to get your vehicle insured? Let Insurance Navy help. With cheap car insurance quotes, Insurance Navy offers you high-quality coverage at an affordable price tag. Get a quote today online or call us at 888-949-6289. Our agents are well-versed and ready to help either via the phone or in person at one of our locations.